As soon as spring arrives, the sheep invade the foreshore to come and taste the halophilic plants. The sea flora charged with salt and iodine, combined with the long displacements, gives this so particular taste to the flesh of the lambs, very appreciated by the experts. This meat is marketed under the appellation of controlled origin (AOP) "Prés-salés de la baie de Somme". During the summer, the foreshore sheep feed mainly on puccinelle, samphire, maritime aster and sea lilac.

Taking the sheep to graze in the foreshore is a local tradition attested since at least the 15th century. Lambing takes place in the sheepfold during the winter, although some farmers schedule births in the spring to avoid supply shortages. For the first two or three months after birth, the lambs are fed mainly on their mother's milk. The animals are taken out in March after the high tides of the equinox and stay in the bay for a minimum of two and a half months, extending into the autumn.

Their meat is sold fresh in butcher shops from June to January. The PDO prohibits freezing but canneries offer it all year round in jars. The breeds authorized by the PDO are selected for their resistance to long walks and difficult environments. They are the Suffolk, Hampshire, Roussin, Ile-de-France, Rouge de l'Ouest, Boulonnais and Vendéen breeds. Today an association brings together a dozen breeders whose 3,600 ewes and 2,200 lambs at the height of the season make up the 4 large flocks of the bay.

In the past, each inhabitant of the surrounding communes had the right to graze a few sheep, and since then shepherds have been employed collectively to supervise and guide the flocks. There are no predators in the Bay of the Somme, but the risk of getting stuck in the muddiest streams is real and the arrival of the tide is then fatal. It is therefore necessary to constantly guide the animals towards the safest passes and the shepherd must regularly extract animals trapped in the mud. This know-how is honored every year during the lamb festival in September in Saint-Valery, with a small transhumance and demonstrations of shepherd dogs.

Some flocks also have a few goats. One explanation for their presence is that they are sure-footed, less hesitant than the sheep, and that they help guide the flock that follows them naturally. However, a shepherd also told me that it was just for the pleasure of seeing them and raising them that they accompanied his flock...

The herds can be seen between Le Crotoy and Noyelles-sur-mer, also in front of Saint-Valery where they regularly come to drink in the channel of the Somme, or at Cap Hornu. When the tidal coefficients are too high, the foreshore is invaded by water. All this little world returns then in the pastures behind the panoramic road which is used as dike around the bay.

That morning, the fog that was struggling to lift and the presence of the young lambs decided to stop for a photo shoot. The flock had just been released from the overnight pen and the sheep were all still huddled together and heading for their favorite grazing areas. A ray of mist created a very special atmosphere in the background and it was really a pleasure to see the young lambs running around like goats. A nice atmosphere in the middle of the bleating of the animals... 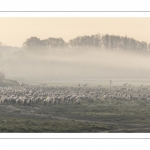 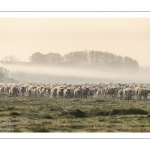 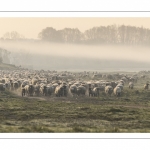 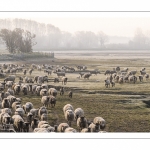 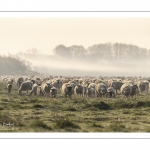 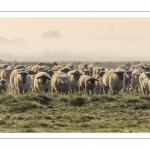 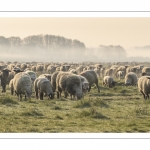 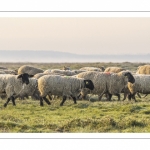 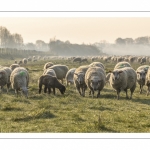 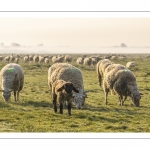 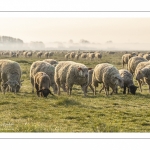 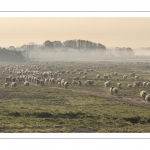 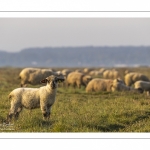 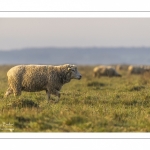 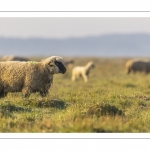 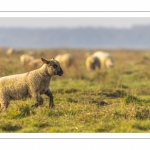 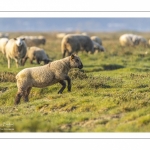 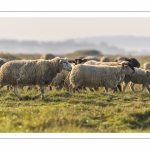 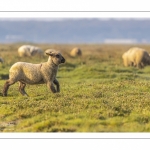 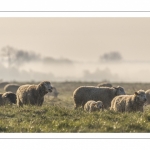 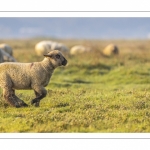 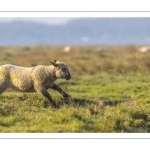 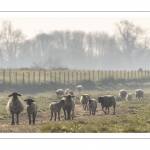 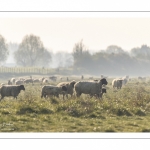 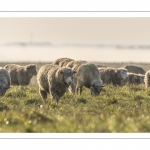 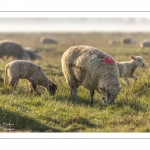 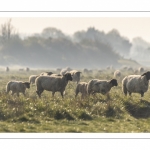 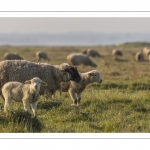